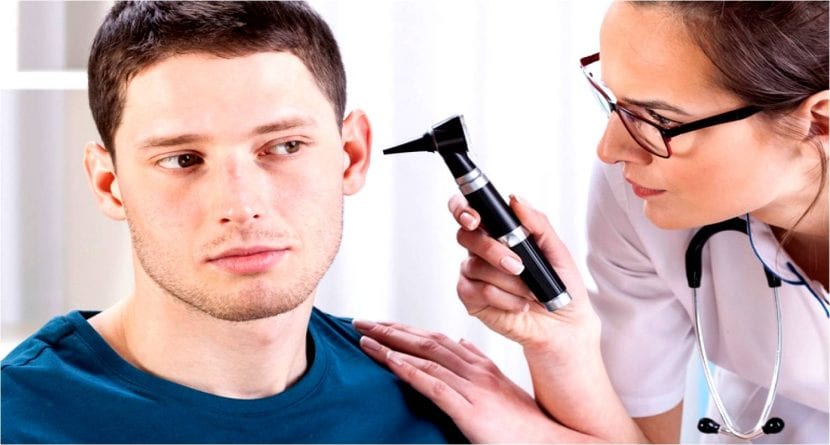 In our ear canals, it is normal for a natural substance is formed, which has the function of protect the inside from the introduction of all kinds of elements, dust, dirt, viruses or bacteria, which could be harmful.

Although ear wax has a natural function, if there is an excess of it, you can have the feeling dizzy, dizzy, itchy, irritable, hearing loss, etc.

La ear cleaning is essential, and so is doing it on a regular basis.

Causes of Wax Buildup in the Ears

We have all used the famous swabs or "swabs" to remove wax from the ears. The effect that these small utensils can produce, although it may not seem like it, may be the opposite of what is desired. That is, more than removing the wax in the ears, they push it in and it accumulates.

Also wax can originate using pointed objects, such as forks or similar utensils, which we all use to remove surface wax.

What symptoms do we have of an excess of wax?

In addition to the typical itching sensation, which we intend to alleviate by introducing all kinds of tools into the ear, wax can cause dizziness, buzzing, dizziness and pain. In the most severe cases, hearing loss can even occur.

The benefit of salt

An excellent saline solution is obtained by mixing a teaspoon of salt in half a cup of water, until it dissolves well. When we have the mixture, a piece of cotton is dipped in it, dropping a few drops of the solution into the ear, tilting the head slightly upwards.

Hydrogen peroxide is a product that is usually found in homes, for the treatment of wounds, disinfection, etc. Mixing 3% hydrogen peroxide with water can be an excellent natural remedy for removing ear wax.

Full path to article: Stylish Men » Fit » Health » Do you have an excess of wax in your ears? There are very useful natural remedies