Alone or combined with other drinks, gin is always in fashion in the world. Spain is the third country with the highest consumption; the Philippines and the United States are ahead of them. England continues to be the source of the best gins in the world.

Gin originated in the Netherlands in the XNUMXth century, and it has not stopped evolving.  It is a drink that is traditionally obtained from the distillation of unmalted barley or corn kernels. However, many innovators now make it with apple and potato distillates.

Depending on the manufacturer's style, it is flavored with juniper berries, cardamom, and various herbs or fruits.. Its alcoholic graduation is around 40º; in practice it is not usually consumed alone. Currently it is used more frequently as a base for cocktails, in which it is combined in very different ways. The Gintonic, for example, is a classic among the combined.

Tasting notes of a good gin

Gins are not all the same. They vary in their production methods, especially in the herbs and fruits that make them up and in the fermentation times. These values ​​will determine that a gin can be more herbaceous, with pronounced floral touches or with an emphasis on the citrus bouquet.

To taste a gin It is suggested to test it at a temperature between 21-23 degrees Celsius. The curved glass allows you to enjoy the fruity, floral, citrus and always fresh aroma. These are the notes that are also captured in its flavor; In the mouth it is smooth and refreshing. The botanicals that have been used in its preparation will surely have a special effect on the taste.

These are the best gins

Each gin has its own personality, which makes it special and unique. The most renowned factories know that they need to add a different touch to their gin if they are to stand out. What are the gins considered Premium in the world?

During the two-year production process, this gin is distilled more than a hundred times. The base is the fermentation of apples and potatoes, macerated with juniper. Botanical ingredients are then added, among which are appreciated cinnamon, nutmeg, ginger, almonds, coriander, cardamom, cloves, and lemon.

It is characterized by the traditional juniper flavor, which is amalgamated with that of apple and with the harmony of species, herbs and citrus.

It is very popular with cocktail bars. Juniper, coriander seeds, licorice and angelica root are integrated into the base distillate. The distillation is carried out in traditional stills, which keeps its essence unchanged.

When drinking it highlights the smoothness of a gin with a dry character, It houses delicate aromatic touches of herbs and spices.

It is recognized as "the gin of the cucumber." Precisely, cucumber is a basic ingredient for its manufacture.

Juniper, coriander, citrus peels, Bulgarian rose petals, and, of course, its protagonist the cucumber, are the dominant ingredients. Visually it is easily recognized by a bottle reminiscent of an old pharmacy container.

"As long as the cold exists, there will be Oxley," say its manufacturers. Precisely cold is the basis of the production process. Instead of the typical heat-based distillation procedures, Oxley uses cold. It requires a temperature of five degrees below zero.

The result? A crystalline gin, with a very intense flavor that amicably combines the eleven botanicals that define it. Herbaceous and citrus, in an environment of species, it is a high-end gin, of limited editions.

Enter a novelty in the world of gin. Use poppy seeds and dragon's eye, and offers a different option for gin lovers.

Its manufacturers have arranged a very sober bottle, charcoal gray in color; visually it has a neck that is reminiscent of the collar of the typically English canine breed that gives the drink its name.

It's a smooth gin. It has defined aromas and flavors of juniper, Parma violets and citrus. Its somewhat dry character joins the flavors of the eight botanicals that compose it to give it a particular personality.

Spain has successfully entered the gin industry. The best known and most consumed Spanish gins?

It is known as “the gin of Barcelona”. It is a very Mediterranean gin; It has a characteristic flavor of this region depending on the botanicals that make it up. Rosemary, fennel, figs, grapes, and pine shoots are the standout notes.

It is made with distillate of corn grains that is macerated with juniper, coriander, angelica root, lily, cardamom and lemon peels. It is fresh and light in consistency; When drinking it, a citrus and sweet touch is perceived.

The outstanding feature of its elaboration is the original water from volcanic sources that seeps into the rocks. This makes it very rich in minerals, which, together with juniper, cardamom, angelica root and licorice, give it a very special personality.

It is a Galician gin, characterized by its classic style in which juniper stands out as the dominant note.  It has a nuanced aroma and flavor of citrus and hints of sweetness. 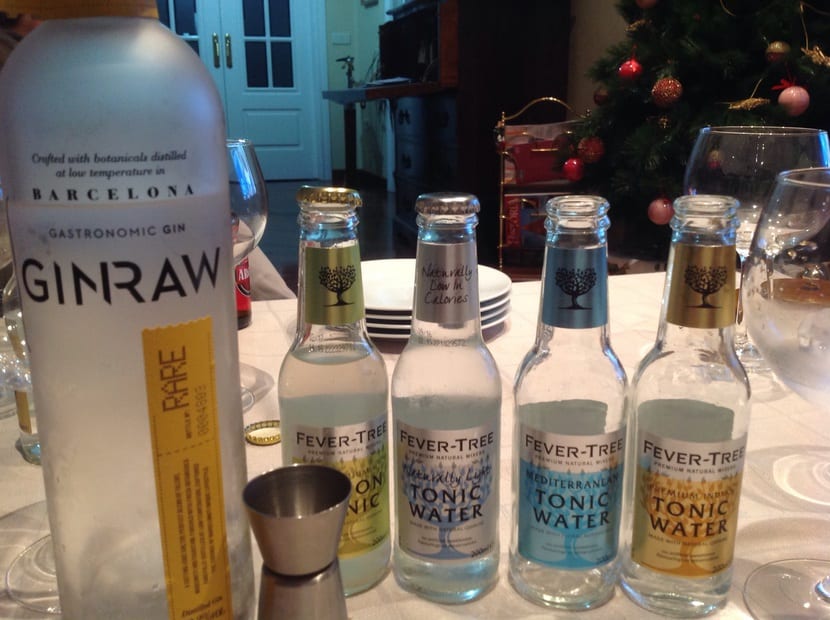 It results from an interesting combination of Mediterranean botanicals; this is the case of lemon, cedar and laurel, with other exotics, such as lime, kaffir, coriander. It is considered the "gastronomic gin", since the process of its elaboration uses principles of haute cuisine.

They also have a strong presence in the market for their quality Gin Meigas Fóra, Ana London Dry Gin, Sikkim Fraise, Ginbraltar, Port of Dragons, among others.

Alone or in the traditional Gintonic, the gin is timeless and is always present in the hit of every bartender.