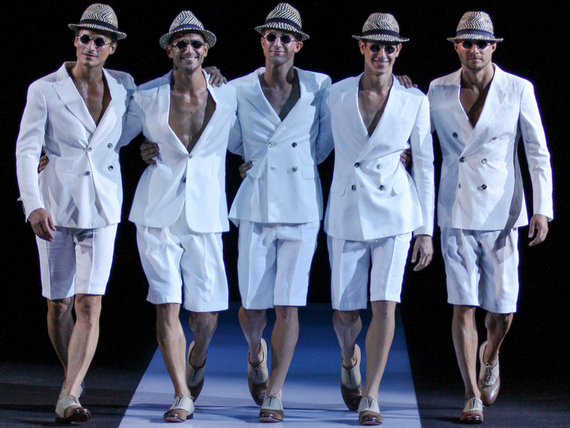 We have seen them for several seasons both in campaigns and in catalogs but, for now, it seems that people on the street have not yet finished accepting them. And it is that, let's face it, a suit with shorts It is not for just any man. For those who do not normally wear a suit to the office, the short option would be unthinkable. While for those who tend to dress casually, they don't easily find the right time to put them on either.

But. What is clear is that the most prestigious designers and firms have opted for them and have uploaded them to the international catwalks. Today, we echo this trend and, in this special, we show you our favorites for this Spring Adventure 2013. And you, would you dare with a short suit. 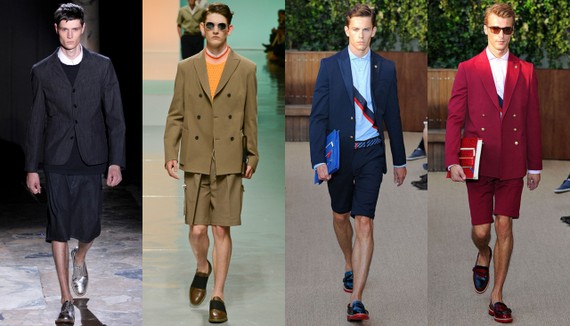 In the first block we have selected four proposals for short suits of basic style. We liked the option presented by the Swedish firm for its originality Acne, a suit with a three-button blazer and loose-fitting trousers, both pieces made of fabric denim unwashed. The second comes from the hand of Z by Zegna, the second line of the prestigious Italian house. A safari-inspired suit in khaki. The last two are signed by the American designer Tommy Hilfiger. A first basic suit in navy blue, and a second with crossed blazer in burgundy, both with gold buttons. 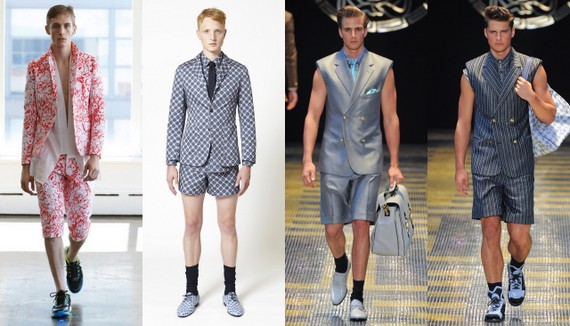 For the most daring, we have selected four much more models Trendy that also daring. A first suit with a psychedelic print in reddish tones of Antonio Azuolo. A second suit with very short trousers in an original geometric print very much in the 70s style of Carven. Finally, two suits with rolled-up blazers and a wide cut of Versace.

More information - The double-breasted blazer. Ideas of a seasonal essential

Full path to article: Stylish Men » Fashion » I brought short, do you dare? (I)