The Samoan tattoo is characteristic for its more or less thick drawings and lines with black backgrounds. Their shapes are geometric lines and they are famous for coming from the Samoa region, since its life and its culture made its composition so unique and unique.

The technique used in these countries is elaborated in a complex way and by hand, its difficulty and pain have nothing to do with those carried out within our western culture, with the modern needle method. You may have noticed that there are numerous Samoan tattoos that are now done, covering backs, entire arms and half legs.

Origin of the Samoan Tattoo

Its name derives from the name of the region of Samoa, a group of islands of the archipelago of Eastern Polynesia, the first Maori homeland. In this place, handmade tattoos where very sharp bones were used to implant the ink under the skin began to be implanted. 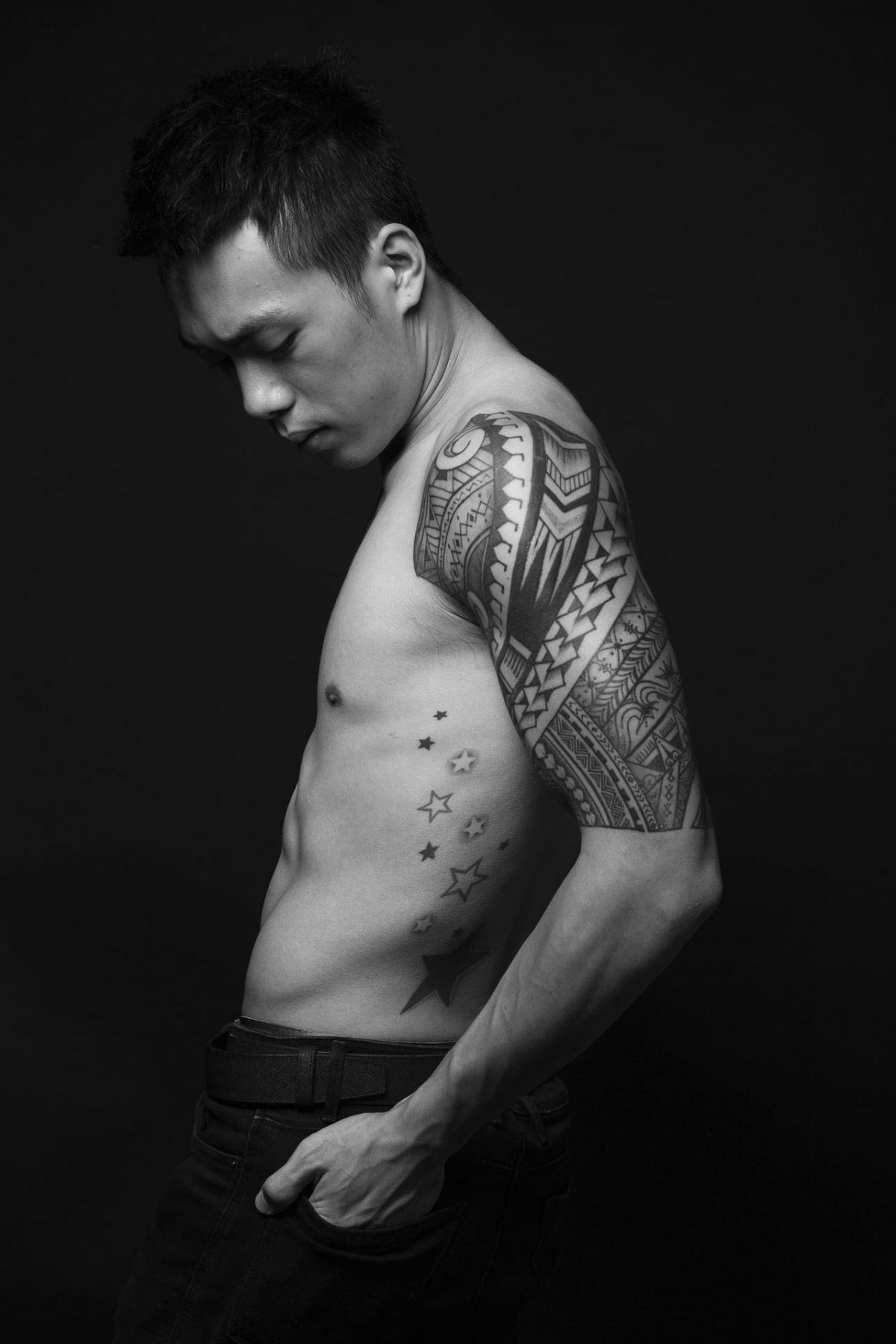 These bones tied by a stick are struck by another stick in order to impregnate the ink that is smeared on them under the skin. This technique is laborious and painful, an icon of courage and bravery. It takes months to heal and each session gives that brave gesture.

The tattoo master called "tafuga" dip these sharp bones in a black ink made from soot from coconut shells that have been burned. Then with a kind of hammer or wood, it hits and pierces the skin so that this ink penetrates.

Samoans begin to tattoo themselves from adolescence and It takes weeks to months for a large tattoo to be formalized. This is because its technique is slow and the incision of the ink in the skin through the bone is much more painful than the traditional form of the needle that we know. After a session the skin had to be allowed to rest to recover from the wounds that is why its realization is late.

The Samoan design goes far beyond being a simple engraving on the skin. Their tattoo represents the community to which they belong, their respect for their culture and the honor towards it. It is a great pride for them to have this creation embodied in their bodies.

Each island has its characteristic design that symbolizes its own people, hence his distinction between them could be made. Although they proudly display their representations, due to the cultural background that is taking place in this type of tattoo in other cultures, Samoan participation in representing their drawings is being lost. This is due to the cultural background that is being given to this type of tattoos in other cultures and that for them is a symbol of contempt.

Their drawings and shapes in their culture

The Samoan tattoo it is characterized by a design of lines and geometric shapes. Most of these lines are of a thinner or thicker size with a marked black color.

Men wear the traditional Samoan tattoo called Pe'a that cover a large part of the body and is tattooed from the navel to the knees. His drawings are the forms that we have reviewed before, with geometric lines that represent his life, culture and Samoan traditions.

LThe women wear the traditional Samoan tattoo called Malú with much simpler lines and shapes. It does not have those black shapes so marked but simply small marks that symbolize stars or representations of sea animals, its drawings are tattooed on the thighs.

The Samoan tattoo in the West

This type of tattoo in the West shows another type of representation since he is simply looking for the aesthetic way to wear it as an ornament. There is no fixed security that defines a safe interpretation of what they can mean, most of them are just random.

The most common and used symbols range from the Koru drawing, which has a spiral shape and symbolizes growth and inner harmony. The Hei matau drawing in the shape of a hook, or the Manaia representing a spiritual guardian, with the head of a bird, the body of a man and the tail of a fish.

The sun-shaped tattoo symbolizes light, courage and strength. The ones that are shaped like a flower They are usually drawn on the hips and shoulder blades, they represent beauty and eternal life.

Tribal forms are the most characteristic of our culture and the most significant. Lovers of this type of tattoo bet on placing them from the shoulders forming a large drawing to complete the part of the arms. Highlight the Maui design, the marquise cross representing a cross symbolizing peace and balance. Y the maori tortoise, an animal of both land and water that points the way to eternal descent for when it has passed away.