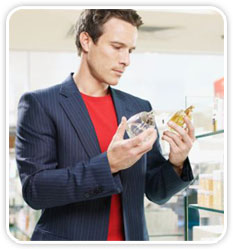 Perfume is a mixture that contains aromatic essential oils, alcohol and a fixative, used to provide a pleasant and long-lasting aroma to different objects, but mainly to the human body.

Essential oils are organic substances, liquid but sometimes solid, with a pungent, irritating and even caustic odor and taste. They can be distilled without decomposition, they are not miscible in water but they are soluble in alcohol and ether. They do not have the greasy and unctuous touch of fixed oils and do not give soap. They dissolve fatty substances, wax and resins.

Its chemical composition is extremely varied; they often contain hydrocarbons of formula C10H16 or a multiple or submultiple and an oxygenate or camphor. Some contain ethers, alcohols, phenols; others contain sulfur. They exist in all the organs of the plants but especially in the leaves and in the flowers.

Most of the essences already exist fully formed in the plant or vegetable; However, others do not pre-exist but are formed by the action of water on certain parts of the plant by which action certain elements found in the cells are combined and determine the formation of the essence.

Fixatives that bind the various fragrances include balms, ambergris, and glandular secretions from genets and musk deer (these undiluted secretions have an unpleasant odor, but in alcoholic solution they act as preservatives). These animals are now protected in many countries, which is why perfume manufacturers use synthetic musk.

The amount of alcohol depends on the type of preparation to which it is directed. Normally, the mixture is aged for one year.

Types of perfume
The quality of a perfume is determined by the amount of essence used in the formula of its elaboration. Thus, we can speak of an extract when the essence concentration reaches 40% in relation to the amount of alcohol. This formula, the most expensive of all, comes in the form of a cream. But, without a doubt, the liquid forms of perfume are the best known and most used.